Louisiana Catch by Sweta Srivastava Vikram - A reivew by Toni

I enjoyed this book!

I did not know what to expect from the book.  I don't read alot of fiction books anymore.  So personally for me the beginning of the book was dramatic and I was very emotional. I felt compelled to read more of it from the beginning circumstance that literally hurt my heart and evoked tears.    I found the mother/daughter theme that runs throughout the book to be of special interest to me.   I was interested in  the mother's wisdom and voice through out the story  and found it to be moving. I was often motivated to write down some of the mother's thoughts and sayings.

The struggle with grief and the pain that Ahana is coping and surviving through out the book was at times difficult for me to handle, but with her own words and thoughts, I found courage in her character to keep reading and to know her story. I felt strength in her day to day growth and her paths.  She keeps going on with her "safe" living, but she lives, grows and settles into reality and her true self.  I truly enjoy and relate to many of Ahana's coping methods.  Many are tried and true for me (running, yoga and wine).

I confess to knowing nothing of life in New Delhi, whether it be the social elite or the people living in the streets.   I was much more familiar with the story when it came to New Orleans.   I found the early references to the similarities intriguing.

There was much in the way of living and lifestyles that I could not relate with, but I did enjoy reading about it.     I enjoyed the very modern day writing with the social media aspects.  I was and continue to be fascinated with the facets of online personalities vs a persons real self.  Do they blend? Is the online presence a part of that person?  or  is it all fake?   Are we what we represent online?  Can you make a true blue friend online, in this big scary world in this decade?

Then book has a lot to offer with the cultural, social media, modern living, family life, global, and new relationship aspects. It does have "all the things."    I am happily surprised with how much I enjoyed the book.   The narrative voice was just right as I enjoy Ahana as a character.   I believe in her journey and I believe with the trauma in the book being so heavy, it was the exact balancing way to tell the story.

I read it in a few days and only just put it down to write this review.   I might have more thoughts in the days to come.  I hope to share them as comments on some of the other blog tour stops.  (See below).

Thanks for reading.  Thank you Serena (Poetic Blog Tours) for inviting me.

All the details below. 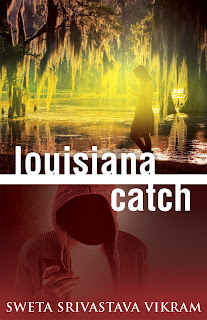 Ahana, a wealthy thirty-three-year-old New Delhi woman, flees the pain of her mother’s death and her dark past by accepting a huge project in New Orleans, where she’ll coordinate the Annual Women’s Conference to raise awareness around violence against women. Her half-Indian, half-Irish colleague and public relations guru, Rohan Brady, who helps Ahana develop her online presence, offends her prim sensibilities with his raunchy humor. She is convinced that he’s a womanizer. Meanwhile, she seeks relief from her pain in an online support group, where she makes a good friend: the mercurial Jay Dubois, who is also grieving the loss of his mother. Her work in the U.S. and the online medium brings the two men into her life, and Ahana learns that neither is what he seems. With their differing sensibilities on a collision course, Ahana finds herself in a dangerous situation—and she discovers a side of herself that she never realized she had.
Louisiana Catch is an emotionally immersive novel about trust and who we project ourselves to be in the world. It’s a book about Ahana’s unreliable instincts and her ongoing battle to determine whom to place her faith in as she, Rohan, and Jay shed layers of their identities.
As Ahana matures from a victim of domestic sexual abuse into a global feminist leader, she must confront her issues: both with the men in her life and, ultimately, with her own instincts. Whom can she rely on to have her best interests at heart? 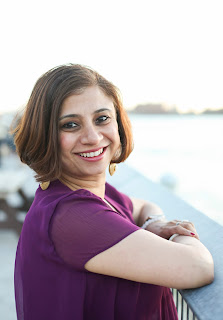 About the Author:Sweta Srivastava Vikram is a best-selling author of 11 books, a wellness columnist, and a mindfulness writing coach.  Featured by Asian Fusion as “one of the most influential Asians of our time,” Sweta writes about women, multiculturalism, and identity. Her work has appeared in The New York Times and other publications across nice countries and three continents. Louisiana Catch (Modern History Press 2018) is her debut U.S. novel. Born in India, Sweta grew up between the Indian Himalayas, Northern Africa, and the United States collecting and sharing stories. Exposure to this vast societal spectrum inspired her to become an advocate for social issues and also to get certified as a Holistic Health Counselor. In this avatar, Sweta is the CEO-Founder of NimmiLife through which she helps people elevate their productivity and creativity using Ayurveda and yoga. A certified yoga teacher, Sweta also teaches yoga and mindfulness to female survivors of rape and domestic violence. She lives with her husband in New York City. 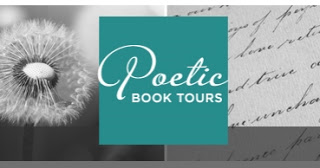 Follow the blog tour with the hashtag #LouisianaCatch and #SwetaVikram

Thanks for reading and feel free to leave me a note here.

Formerly - A Circle of Books and A Blog of my own

Toni C. Gomez
Hello It is wonderful that you are here and looking and my pictures, recipes and reading my words. It means a lot to me I am a former blogger at: www.http://needleshooksandbooks.typepad.com/a_blog_of_my_own/ and www.http://acircleofbooks.blogspot.com/ I have spent 12 years blogging about my life in books, knitting, music, food, and writing. It is my destiny to write here and everywhere and I like to share with everyone. It is an honor that you've clicked here and a bigger honor that you stayed and read and heard me.